You are here because you want to start a snail farm or farming business. Snail farming (Heliculture) is a very profitable agribusiness in Nigeria, Ghana, South Africa, Cameroun and Kenya. However, the business seems to have been the most neglected among all the livestock businesses. Snail farming is currently a profitable agribusiness with a high ROI; that is, you can make your profits within a short period. So if you dream of making it big in the agricultural sector, then consider heliciculture.

Ignorance has been a factor that has contributed to the neglect of snail farming business. Did you know that snails are now being sold in many stores and supermarket? A lot of people are now buying and consuming snails in most of the developed countries such as the USA, UK and Australia.

Some people believe snails cannot be domesticated. They still think snails are only picked in the bush. If you are among this set of people, I want you to remove that notion and accept that snails can be reared just like the way chickens, goats, sheep, cattle, rabbits, grasscutter and honeybees are raised at home.

After you must have read this article, you should be fully interested in snail farming. I have tried my best to make it easy. If you need my comprehensive and affordable Practical Book Guide on Snail farming or Heliciculture, I have included how you will get the Ebook (pdf format) at the end of this article.

You could make a lot of money from raising snails if you follow every management instruction right from housing to feeding. All you need to know and do are included in the ebook. But before you get the ebook, I have written this brief information that people who want to start a snail farming business must know. If you want to learn how to start a snail farming business, then patiently read the article below.

Snails are members of the phylum Mollusca which contains at least 80,000 species, and is the second largest phylum in the animal kingdom. Members of this group are found throughout the world. They are predominantly aquatic, but some are terrestrial. All farmed snails are members of the class Gastropoda and are land snails capable of breathing free air. The three principal types of edible snails grown in Tropical Africa are the Giant African Land Snails. Some of them include:

Snails have been farmed for food for hundreds of years and are a rich source of protein. Snail preserves were established in Rome in 50 B.C.

Physical features are expressed by variations in size, colour, and banding of the shell. Several varieties seem to be adaptive forms that can be successfully introduced.

Japan currently consumes over 20,000 tonnes annually, at roughly 100,000 snails to the tonne, where they are considered not only a delicacy, but an aphrodisiac. French consumption is 40,000 tonnes per year met by wild snails collected in Europe. Post-Chernobyl radioactivity has encouraged the French to purchase intensively grown snails.

What is Heliciculture (Snail farming)?

Heliciculture or Snail Farming is simply the process of keeping edible snails primarily for human consumption or for other purposes such as the production of slime.

Why You Should Farm Snails?

Benefits in Snails & the Increasing Demand for Snail

Medically, since ancient times, snails have been prescribed as medicine for maladies of the stomach, hydropsy and labour. In the Medieval Age, peoples used the water where the snails were boiled to help sore throats and bronchitis, and also to cure gastric-intestinal infections and cataplasm.

There are some reports of miraculous cures of gastric ulcers by ingesting, during a week, live snails taken from their shells. However, it is important to distinguish between scientific facts and superstitions without scientific evidence. The truth is, there are indicators that prove the therapeutic value of snails, such as the amino acids, contained in the protein of the snails’ meat and in their drool.

These amino acids contribute to the restoration of the integrity of the gastric tissue, curing, this way, ulcers. Because it is a food rich in calcium and polysaturated fatty acids, a diet based on snails’ meat is recommended in cases of rickets and cholesterol. Its high quantity of mineral salts and iron is useful during pregnancy and nursing. As snails’ meat is poor in lipids, it can be eaten by those who suffer from liver diseases, arteriosclerosis and obesity.

In France and in Germany, snails are the foundation to the preparation of cosmetics, and are also used in handcraft and in many shell arrangements. In Brazil, there is research being done with the utilisation of slime (the snail’s drool) as healer for scars and ulceration.

There are four methods of snail farming: They are:

Plastic tunnels are a cheap way of protecting farmed snails from the environment and from predators; however, it can be difficult to control the temperature in the tunnel and is therefore not recommended.

In intensive systems, the snails are housed in an insulated controlled environment. There should be a constant temperature of 17o–22oC and a relative humidity of 80%–90%. Lighting must also be controlled to prevent the photoperiod effect from inducing hibernation. Suggested lighting patterns are 12 hours of daylight for breeding snails and 8 hours of daylight for young snails. The housing ideally should have a concrete floor and insulated waterproof wall and ceilings.

Soil, which should be moist but not wet, is the most common substrate used. The soil should be 10 cm deep to facilitate egg laying, and should either be neutral to alkaline to provide calcium carbonate required for shells. Failing that, a source of calcium should be provided (bone meal, ground cuttle fish, natural chalk limestone or eggshell). Fertilizers, animal manure and compost should be avoided because of the risk of toxicity or contamination by moulds, bacteria or parasites.

Other common substrates are paper, peat moss and soil over gravel. Good hygiene is essential. The soil should be sterilized. All dead snails and uneaten food should be removed. The entire building should be cleaned and disinfected every two years. High densities affect juvenile growth rates and cause fungal disease that can decimate the stock within three days; therefore, 600 10-gram snails per square metre is suggested. This intensive system will produce market snails within four months.

Extensive systems should be on neutral or alkaline soils which are self-draining. The site chosen should have some protection from the prevailing wind. Troughs made from wood or building blocks and covered with plastic netting to keep predators out are used with a sprinkler system to keep the substrate moist. Fenced enclosures up to several metres in size can be used. The fencing material can be close-meshed wire netting, woven plastic, corrugated metal or plastic sheets, and should extend 60 cm below the ground surface to give protection against burrowing predators.

To prevent the snails escaping over the top of the fences, the wire can be curved inward, or a galvanized sheet can be used as snails do not crawl on this material. Electric fences have been tried with two to six wires, 2 mm–4 mm apart, powered by a 6 or 12 volt battery. The enclosure should have plants for food and shelter. Stocking rates in this system are suggested at 350 juveniles per square metre, or 250 breeding snails per square metre, and will produce a marketable snail (20 grams average) within 18 months due to the hibernation period.

The mixed system incorporates indoor breeding (intensive) and outdoor fattening (extensive), and will produce a marketable snail within four months.

When choosing or selecting a site for a snail farm, the following should be put into consideration:

For hobby snail growers, you need a land area of about 1000 – 2000 square meters (sqm) while for medium scale growers need about 3000 – 10,000 sqm. Large scale snail farmers need about 2 – 30 hectares. There must be an allowance for extra sowing areas outside the area designated for snail production for the cultivation of supplemental crops.

What and How to Feed Snails

Feeding of snails is as important as the snails themselves. They need feed to grow and reproduce. The feed snails normally eat include:

To prevent deaths due to pesticide toxicity, these feeds should be organically grown.

Snails will also eat grain, manufactured concentrate feed, and small amounts of cellulose. Already made snail feeds for intensive systems give food conversion rates of 1.5:1. Snails are usually fed at night or after rain, when they are least likely to desiccate and predators are less abundant. Predators include frogs, rats, mice, moles and birds; thus, buildings should be rat-proof and outside enclosures netted for protection from birds.

Predators, Health and Diseases of Snails

The predators of snails include:

Snails carry protozoa and many forms of salmonellae. They are subject to “Red Leg” disease caused by bacteria in the aquatic environment that can also be pathogenic to humans under certain conditions; therefore, normal health practices should be used when feeding them. The preparation of snails or snail eggs for preservation or use must be well done properly.

Harvesting and Marketing of Snails

Ideally, snails should be harvested as soon as they reach maturity. You can identify a matured snail by checking the lip edge. If it is hard, then such snail is matured. At this stage, no further growth should be expected.

When snails are matured and ready to be sold, they are picked up and transferred to another pen in preparation to be transported to the market.

Snails are sold in general food markets and are purchased by grocers or restaurants.

How to Transport Snails

Snails must be handled carefully. They have a soft body (the word “mollusc” originates from the Latin “mollis,” meaning “soft”), and although they are protected by a shell, they can easily be damaged. Care during transport is important.

Where to Get or Buy Breeder Snails for Breeding?

You could find snails all over the place in your gardens. During the day, it’s usually easy to locate them by picking up and examining the undersides of loosely piled up bricks.

If you can’t find any in your own garden or you don’t have a garden, try asking your friends (particularly those who have gardens).

After trying all the above, then you can buy from local farmers or visit Afrimash to buy. Afrimash is a trusted online marketplace for farmers to purchase their farm inputs or production materials such as breeder snails.

Kindly note that I have no link with Afrimash, but I vouch for them 99%. They will deliver your products with no hassles. You place your orders online and make payment. They will give you an estimated time you will get your products. If there are issues, they will resolve it quickly.

With this short but insightful write-up, you should have a glimpse of what snail farming or heliciculture entails. To be successful in the venture, you need to plan – it is very important. Without planning, you MAY fail and that may even discourage other people interested in the venture.

Did you enjoy this write-up, share your feedback using the comment box below. Do the same if you have questions. 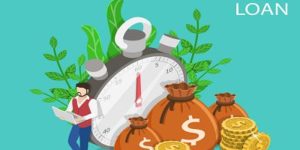 9 thoughts on “A Beginner’s Guide to Snail Farming + eBook”