What do Wild Chickens Eat?

Chickens are some of the most popular domesticated animals in the world. They are descended from the red jungle fowl of India and, because they can still interbreed, are technically still the same species, despite being separated for thousands of years.

Most domestic chickens can no longer survive on their own in the wild, as they are reliant on humans and vulnerable to predators. The jungle fowl, however, are much better at taking care of themselves. They forage through the undergrowth in large groups for insects and small animals, scratching the ground to dig up grubs and other bugs.

They may also consume fruits and seeds when they can find them on the jungle floor, but they are not very good at flying up into trees to grab fruits directly. Jungle fowl occasionally pick up small bits of rock to help them digest food, much like domesticated chickens.

What do Free Range Chickens Eat?

Domestic chickens still have roughly the same nutritional needs as their ancestors, although with a few tweaks for modern convenience. Chickens kept in factories are only fed a specialized diet of pellets, but pet chickens usually enjoy a degree of freedom and the ability to forage for their food.

What do Chickens eat when outside? A chicken likes to scratch through dirt before inspecting its handiwork for a tasty worm. She may also eat soft young plants, although most hens ignore tough leaves and shoots.

Chicken owners supplement their flock’s foraging efforts with feed and grains. This ensures that hens get all of the nutrition they need to form eggs and keep at a healthy weight. Scraps from your kitchen, like leafy greens and bread, also make a great snack for your flock.

It’s also very important to ensure that free-ranging chickens have access to grit, which is a mix of tiny chunks of gravel. Chickens may not like the taste of gravel, but they need to eat it to digest their food. Without teeth, chickens have to swallow their food whole! Grits in an organ known as the gizzard grind up the food into digestible pieces, and then move it back to the stomach. Many farmers also give their hens calcium supplements so that their egg shells are strong and thick.

What do Baby Chickens (Chicks) Eat?

If you have bought some baby chickens, known as chicks, you will need to take some extra care before they are ready to find their own food outside. Until they have their adult feathers, chicks must be kept in an enclosed space with a heat lamp, food and water available at all times.

Normally, they would have their mother to keep them warm and show them what to eat, but most modern chickens no longer have the instincts needed to hatch their own young. Your chicks need special food known as chick starters, which you should be able to buy from a local feed store. This feed is medicated to protect them from disease, as well as fostering proper growth. Don’t worry about giving them grit until they start to go outside. This should only occur once the weather is above 70oF and the chicks have their adult feathers coming in.

Once your chicks are about eight weeks old, switch them over to a grower/finisher feed until they begin laying eggs, at which point they are ready for adult chicken feed. The most important thing to remember when feeding young chickens is that they should always have access to food and water. Their feed has every nutrient they need to become strong, healthy adults, but growing so quickly on a bird’s metabolism means they need a constant buffet to be happy! 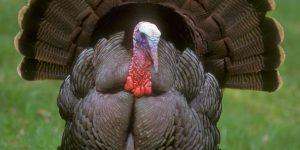