A laying hen will produce eggs for several years, but it is only economical to keep the layers for 18 months. Egg production commences at about 22 weeks of age, rises sharply, reaching a peak at about 32-35 weeks of age, and then gradually declines at the rate of half a week. It is thus a usual routine practice to replace the layers at the period of 18 months.

The egg production cycle of chickens may be conveniently divided into three phases or stages:

Phase 1: It is the period from 19 weeks (age of first laying) of age to 42 weeks of age, and during this period, the layer is expected to:

Phase 2: It is the period from 43 weeks to 62 weeks of age. Egg production declines up to 65 percent.

One of the things you will most likely never see is how chicken lay eggs. You will go out every morning to collect the eggs and they will be there in the nesting boxes ready for you. But what do your hens do to make that egg possible?

The first thing to know is, when asking how many eggs does a chicken lay, as a rule, chickens never lay more than one egg a day. Once you know how an egg comes to be, you will be amazed that they can lay an egg a day!

Many people ask; how does a chicken lay eggs? It’s a bit of a mystery as to exactly how an egg is formed every day but there is a process going on inside your laying hen that is pretty miraculous. Female chickens have only one ovary and one oviduct unlike most female species outside of birds, which have two. It is here in the oviduct that, with the exception of the yolk, all parts of the egg are formed.

Without getting into a science lesson here, 99% of the yolk material is formed within the 7-9 days before the laying of the egg, which means this is a process that pretty much is non-stop when a hen is in her prime. Ovulation takes place when the yolk is released from the ovary and it falls into the hen’s abdominal cavity. If you’re wondering how long chickens lay eggs, that really depends on a number of factors including breed, conditions and food supply. However, you should be able to count on eggs for at least one to four good years with the egg production decreasing as time goes on.

After arriving in the hen’s abdominal cavity the yolk enters what is called the oviduct and is quickly enters the magnum section. It is here that the shape of the egg is largely determined.

The shell gets added in the uterus and is composed mainly of calcium carbonate. It takes about 20 hours for the egg shell to form so while one egg is being laid there is another right behind it getting ready. The pigment of the shells happens in the last hours of formation.

The egg then passes through the oviduct small end first, but is laid large end first; ouch! When an egg is laid, it totally fills the shell but as it cools, the inner portion of the egg contracts and forms an air cell between the two shell membranes.

Hens lay eggs whether they are fertilized or not. If you don’t have a rooster in your flock then the eggs are not fertilized. That doesn’t mean that your hen will always give them up easily though. This is what is called “brooding”.

If you allow a brooding hen to sit on eggs that are not fertilized the eggs will decompose at a faster rate. This also will cause the hen to get a bit grumpy and you may not be able to collect her eggs as easily as you would want. One way to break the brooding habit is to make sure you are collecting the eggs every day.

A couple of other things to know about laying chickens are their eggs might be small or the shells weak and brittle when they first start laying eggs. It’s rare, but sometimes there is no eggshell at all. Don’t be alarmed if any of this happens with one of your hens as they are not sick. Just let them go through the motions and they will be fine. You will need to clean up after them and keep their nesting bedding clean.

Also, don’t worry if there is a small drop of blood in the egg as this is normal. If you find that one of your hens is producing eggs with blood on a continual basis or the eggs have more than a drop then you will want to call your vet and set up an appointment to make sure she is alright.

How to Identify Good Egg Layers in a Flock

If you end up with a hodgepodge of chickens and can’t tell is any of them are layers; here is a couple of methods that might help. 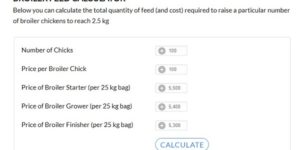