What is Geese Farming?

Geese farming is the production, raising or keeping of geese like other domestic poultry birds such as chickens. Goose offers animal products such as meat, feathers, eggs and fat, which transform it into a highly coveted and profitable poultry enterprise.

Geese, like ducks, are raised for meat purposes. They are more easily and profitably grown than ducks, owing to the fact that they subsist very largely on grass and other tender green food during the growing season. For this reason it is essential to have abundant pasture. Low rough land is sometimes provided but some that is high and well-drained should be available when they wish to get away from the dampness.

From 15 to 50 geese are allowed to an acre of land. The raising of geese in large numbers is somewhat limited by the market. In sections of the Middle West where geese are fattened commercially, or near some of the eastern cities that have a large foreign population, there is a fairly good market.

Geese are very hardy and, for this reason, can be housed very cheaply as they need protection only during very cold or stormy weather. In the warmer parts of the country no shelter is necessary. They require very little care throughout the year.

When many geese use the same pasture with cattle they will contaminate the land to such an extent that the cattle will refuse to eat the grass. Even with a few geese, it is better to give them a separate pasture. They should not be turned in a young orchard for they are likely to injure the bark of the trees.

Shade is desirable in warm weather as geese suffer from the heat.

Some of the breeds of geese are described below.

It is native to the African continent. This breed of geese is often confused with the Chinese breed but it got a jowl under its beak that sets the African geese apart. The males weigh between 8 and 10 kg and the female geese weigh between 6 and 8 kg. They are generally raised for meat. They lay 20-30 eggs per year.

The Chinese geese breed is either brown or white. These geese are famous as guard (security) birds, as they squawk to raise alarm when they perceive the presence of strangers. They are also raised for meat purpose and their annual laying capacity is 20-30 eggs.

It is of German origin and is the most used for the production of feathers. Its plumage is totally white. Weigh 12 kg for males, 9 kg for females and annual egg production is 45 eggs average.

It could be recognized by the “hat” on their heads. In Europe where it originates, it is used for meat and egg production. The male is all white and the female grey and white. They lay between 30 and 40 eggs per year.

It is characteristic for its enrulated plumage. It’s mostly kept for its meat and eggs. Its weight varies between 10 and 12 kg in males and between 8 and 10 in females and lay between 30 and 40 eggs per year.

It is a breed native to the South of France and one of the most used for meat and eggs. Males weigh about 12 kg and females about 9 kg. Its average egg production is 45 eggs per year.

Selection and Management of the Geese for Breeding

Vigor, size and prolificacy are just as important when selecting geese for breeding purposes, as with other kinds of poultry. Geese should be mated early in the fall previous to the breeding season for best results. A gander may be mated with one to four geese, but usually selects a single mate for life. If the single mating is satisfactory, no attempt should be made to change it. If such mating is changed it is usually necessary to keep the goose and gander far enough apart so that they cannot hear each other. When mated, geese are allowed to run in flocks but during the breeding season it may be necessary to keep each mating by itself, if the ganders fight.

Gender is difficult to distinguish in geese, especially when they are growing. The gander is usually somewhat larger and coarser than the goose and has a shrill cry, while the female has a harsh, coarse cry. The gander has a longer neck and a larger head. The gender may be determined by inspecting the sexual organs or by the actions of the geese at mating time.

The sphincter muscle which closes the anus of the female appears folded if stretched, while a light pressure on the corresponding section of the male will make the sexual organ protrude. This test is more easily made on a mature male and in warm weather. In common geese the male is lighter in color than the female.

Toulouse and Embden geese will breed and produce some stock in their second year, but do not mature or give best results for another year. They will sometimes lay the first year, but the results are usually unsatisfactory. The females are usually kept until they are from eight to ten years old, or as long as they lay well, but ganders are seldom kept after they are six to seven years old.

During the winter, when growing green food is not available, a limited amount of grain and some green food should be provided for the breeders. A grain mixture composed largely of heavy oats with some corn, wheat and barley can be used.

This should be supplemented with large amounts of chopped vegetables, clover or alfalfa hay or silage. The birds should not be allowed to become too fat as this affects the fertility of the eggs at hatching time. As the breeding season approaches, a wet mash may be fed in addition to the other food.

It is not advisable to hatch the goslings until the grass is green. Goose eggs are set either under hens or geese. Incubators have not been used extensively for the purpose. Artificial incubation can be used if adjustments for temperature are made.

Geese will cover nine or ten eggs and a hen four to six, depending on the season of the year. Eggs set under a hen should be turned, as they are too large for the hen to do this easily. The average period of incubation is thirty days.

When hens are used, the nests should be watched at hatching time and the first goslings, as soon as they hatch, should be removed to a flannel-lined basket and kept in a warm place until the youngest goslings are several hours old. Unless this is done, the hen is likely to leave the nest with the older goslings before the late ones are sufficiently strong.

During the first three or four days after hatching, it is very important to keep the goslings dry. It is best at this time to confine the hen and let the goslings run when the weather is fine. The goslings should always be confined when it rains or while the dew is on the grass. They should not be allowed to swim until they are two to four weeks old, or until they are fully feathered on their breasts. Even after that they should be protected on rainy days until they are well coated with feathers. If once they become thoroughly drenched with water and chilled before their feathers are grown, they are likely to die from exposure.

Goslings should not be fed until they are at least thirty-six hours old. The first food should consist of stale bread, soaked in milk or water and then squeezed dry, to which finely chopped eggs and green food is added. This should be fed three or four times a day. Plenty of water in protected fountains and sand or grit should be provided. After two or three weeks, in addition to the green food secured on a good range, it is advisable to give a light feeding of wet mash composed of two parts of middling and one part of corn-meal. At six weeks of age, if necessary, a mash composed of equal parts of corn-meal, middling, and ground oats with 5 percent of meat scrap may be given. It is possible to grow goslings from two to three weeks of age to maturity successfully with very little extra feed except what they get on a good range.

The feeding of some grain, however, is better.

Geese are easily fattened in the late autumn and early winter. Corn, in the most convenient form, should be fed abundantly. This should be supplemented with chopped vegetables, grit and water. A wet mash composed of corn-meal and middling can also be used. Geese are sometimes fattened by a method called “noodling.” Each bird is caught and given several pellets of food by hand. Although this produces a nicely fattened goose, it requires considerable labor.

Geese are killed, picked and shipped in much the same manner as ducks.

The plucking of feathers from live geese has been practiced for centuries. About 1 pound of feathers may be plucked from a goose during a year. The feathers should never be plucked during the winter or breeding season.

If you need detailed information on how to start geese farming, you can download this geese farming book for free. 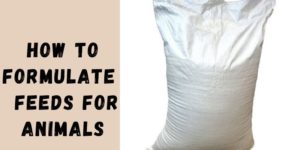