There are many different breeds of geese. Each breed has its own unique set of characteristics, which can make them better or worse suited for different purposes. In this blog post, we’ll take a look at some of the most common domestic goose breeds and see what sets them apart.

The Emden goose is a popular commercial breed that was developed in the Netherlands and Germany. An Emden goose is typically white with orange bills and feet, and blue eyes, and grows quickly; hence, the reason they are referred to as a meat-type goose. When fully grown, the gander can weigh up to 14 kg (30 lbs). Emden geese make great farm alarms, as they are very territorial and protective of their flock.

The Emden goose is a suitable breed for a crossbreeding program due to their early maturity and ability to forage for food and take care of its goslings. However, caution must be exercised when around them as they can be aggressive, particularly ganders protecting their flock. Male Emden goslings have a lighter gray down than their female counterparts. On average, a goose can lay up to 40 eggs during the breeding season.

Being a large geese breed, an adult Toulouse could weigh up to 11 kg (25 lbs) but have a slower maturity rate compared to other goose breeds. However, the females are known to be great mothers and provide care for their goslings. The Toulouse geese are poor forages and will only perform well in confinement where they are force-fed and other necessary care is provided. On average, a goose can lay up to 35 eggs during the breeding season.

Chinese geese are the smallest of all domestic breeds of geese. These geese, just like swans, have an upright or standing body posture. They have a characteristic knob at the base of their beak. For the ganders (adult male geese), the knob is bigger than that of the females.

There are two varieties of Chinese geese: white Chinese geese and brown Chinese geese. The white geese are excellent weeders and have better carcass quality than the brown variety. They are good as a farm guard and alert you by honking. A female Chinese goose can lay up to 60 eggs during the breeding season which is usually from February to June.

The African goose breed has a larger body than the Chinese breed. Despite being called African, it is argued that the breed has no link with Africa and its origin is continuously debated. While the African goose is almost the same weight and size as the Emden goose, it has a distinctive dewlap and knob on the head.

The Pilgrim is another American goose breed developed in Iowa in the United States. The breed is medium-sized and calmer than other breeds of geese. A mature Pilgrim gander weighs about 6-7 kg (14-15 lbs) while a mature female Pilgrim weighs about 5-6 kg (11-12 lbs). This breed is also good at foraging and taking care of its young. Egg production is about 40 eggs per year.

The Sebastopol is a very calm goose breed that possesses white curly and twisted feathers and blue eyes. They are more susceptible to chilling due to the pattern of their feathers. Water doesn’t roll off their feathers unlike other breeds of geese.

Sebastopol geese generally lay around 40 eggs per year. The female will typically brood the eggs. Female goslings tend to have darker down than males. On average, the ganders weigh around 6.5 kg (14 lbs), while females weigh about 5 kg (11 lbs). 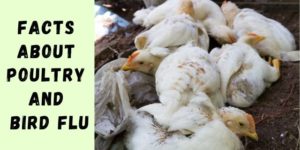