Difference Between Cockerels and Cocks

Difference Between Black and White Cockerels

The difference between black and white cockerels is not really much, but it is believed that the black cockerels are more disease resistant, most preferred by consumers, and convert feed better than the white cockerels.

Difference Between Pullets and Layers

How to Identify Cockerels and Pullets in a Flock

When you procure your chicks from a hatchery, there are possibilities that both males and females. If you want to tell the difference between a cockerel and a pullet, there are a few things you can look for in determining if a chicken is a male (cockerel) or female (pullet).

The feathers of cockerels are brightly colored and have more iridescence and color variety to them than those of pullets. 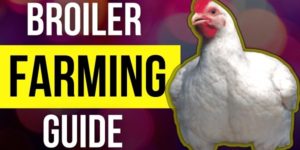